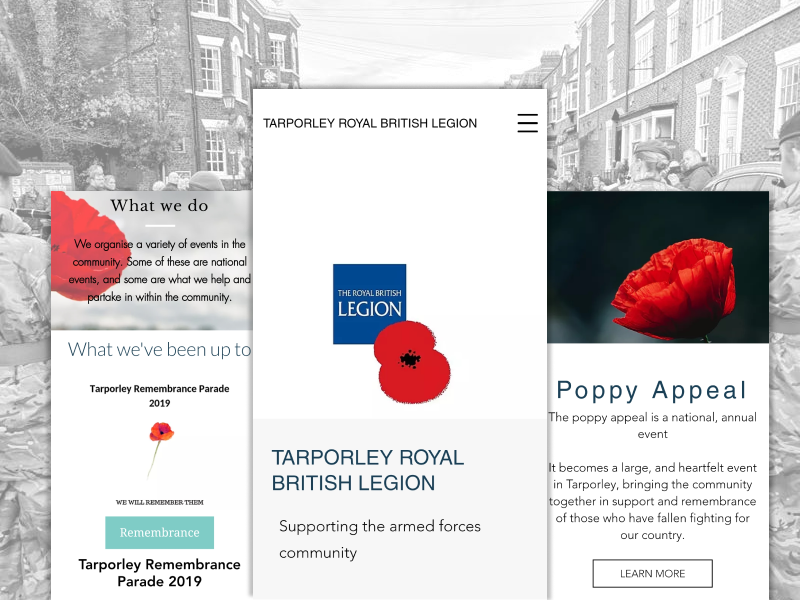 Tarporley's branch of the Royal British Legion approached us, asking for their own branch website. They we're interested in spreading more awareness of wha tthey did and being more free to do so with the convenience of their own site.

When we met for discussions, it was clear they knew what they expected of their final website and so we worked closely with them communicating all throughout the process to ensure they received exactly what they had imagined.

When they approached us, they pictured a simple website. Straight to the point. This needed to be a website that not only suited the younger generations, but the older ones too. It was a wide intended audience. Broadcasting relevant information about events, but having a blog to reach out to younger generations and interest them more in what they were dong and how younger generations can become more involved.

As part of the RBL, the colours and logo's had already been preset by the Royal British Legion. During our discussions, we found some documents generated by the RBL demonstrating the colour schemes to be abided. We followed these throughout the website, using their designated colours and logos.

The Poppy Appeal. One of the most known charities in England.

The branch wanted to share knowledge about the Poppy Appeal. They wanted people to know why it was so significant. Why the poppy itself was so significant. So we created a beautiful page to do just that. The page highlighted Poppy Appeal events in their local area, while also diving into how the symbol for the appeal originated. Of course the poem, "In Flanders Field" was included too.

The page gave a powerful impression to anyone who read it while sharing that exact knowledge of the Poppy Appeal and its symbol.

The branch wanted to keep close with the community. They wanted to share what they do, aswell as what people in the community are doing. So, we created a blog like page called 'What We Do'. This page allowed the branch members to login and access an easy to use CMS function to post about events, messages, information and even what the local community do! In one of the articles, they wrote about a small dog called Ezme. Ezme's owners wanted to show how she too was respecting the fallen during the silence and wrote into the branch who in turned use the website we created to write an article about Ezme, categorised it as 'Community' and shared it onto social media for all in the community to see.

The branch overalll were amazed with the results. We had 'hit the nail right on the head' as they had exclaimed to us. The website had the elegant and easy to read aspect they were dreaming of, but was modern enough they could use it to interact with younger generations more. 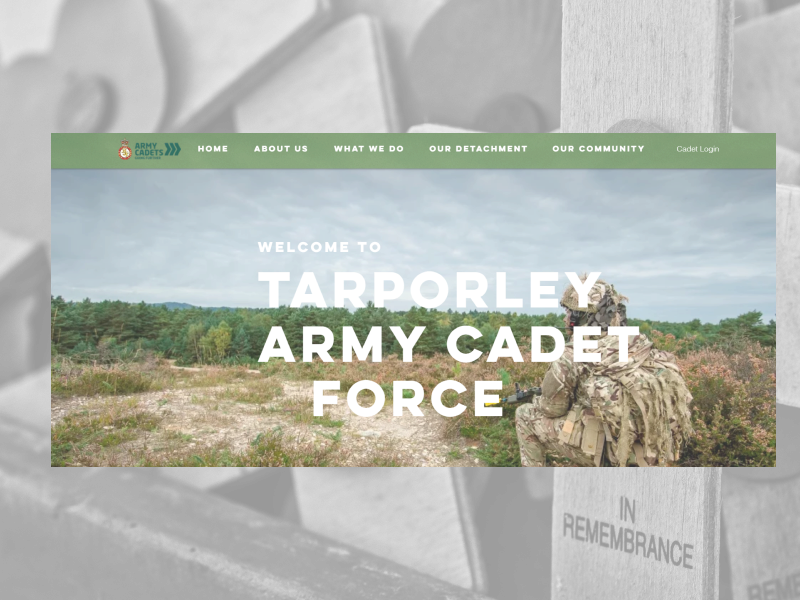 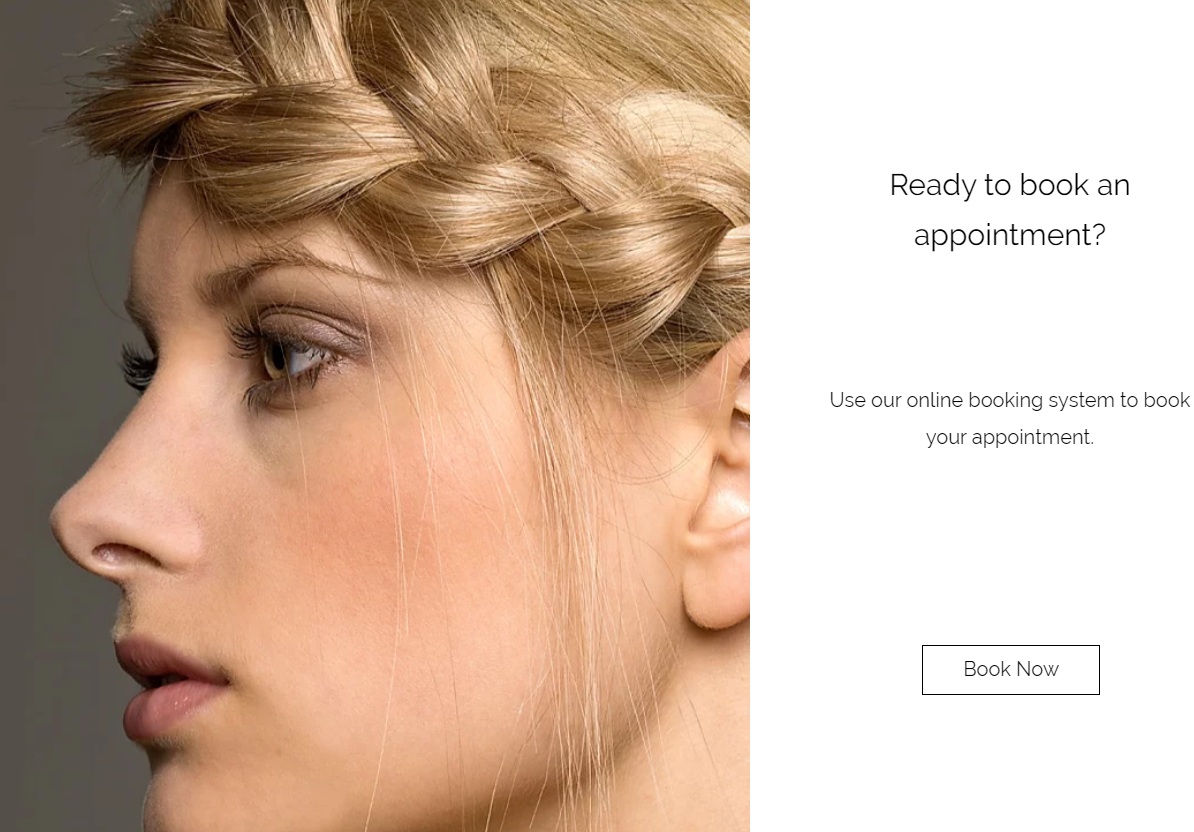